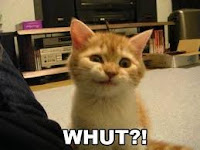 I found myself very confused the other week.

When a series is mentioned, what stories instantly come to mind? Harry Potter? The Dark Tower? Sherlock Holmes? These would be correct. A series is a collection of stories that follow the same 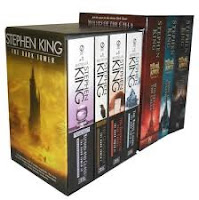 All these are popular series'. But a series doesn't just have to follow the same characters. Here's a definition of a fiction series:

I only bring this up because when I commented about how I write my series (a set of stand-alone stories set in the same fantasy world) whether or not this was classed a series came into question. I began to panic as I was planning on marketing my work as a series, but what if wasn't a series after all?

I had to do some homework.

Luckily, to my relief I discovered that I am, indeed, writing a series. To be a series doesn't necessarily have to follow the same characters. A series, as stated above, is a set of stories that have something in common, be it characters, setting, story arc, etc. Because my stand-alone stories are set in the same fantasy world, where law is the same in each, as well history, currency, etc, it comes under the classification of a series.

However, this doesn't apply for every genre. If you write thrillers, just because you have a collection of stand-alone books set in London doesn't mean you have a series on your hands. If that was case, then every book to be set in London could be part of a series. No, these books would have to have something else in common. Hence we go back to the original idea of following the same characters throughout.