Our writing exercise this week consisted of a random situation. You wake up and find yourself . . . We each had to fill the rest in and then hand the situation off to the next person. That unfortunate person then had to write a small piece revolving around what they had been given. The one I received was:

Exercise: You Wake Up And Find Yourself Next To Someone With A Blue Scaly Arm . . .
It was supposed to have been a good night - and by all means, from what I remember, it was. But as I woke up, the questions and realisations came flooding back. Someone had opened a flood gate in my head, and because it all came rushing back so fast, none of it made sense.
The person lying in bed next to me stirred, bringing me closer to consciousness.

The Voodoo man. I remembered him. He was the most prominent figure in it all. I liked his scruffy but strangely sophisticated style, and I found myself drawn to him with curiosity. His black tatty top hat stood tall above the crowd, and his dreadlocks hung low beneath it.
My friend had taken an instant dislike to him. After a few drinks his mouth often run off ahead of him, screaming obscenities and abuse. The Voodoo man didn't take too kindly to this.
I don't know why I remembered him only as the Voodoo man. I don't believe in magic - be it white or black magic - and I don't believe in any religious views or the paranormal, but there had been something about him that, despite my curiosity, chilled my blood. A dark shadow seemed to follow him everywhere, and as he muttered silent words to himself, a green glimmer glowed in his dark eyes. Now, it could have been the alcohol playing games with my head, but at the time I believed what I saw and I was frightened.
Grabbing the arm of my friend, I ushered him away without even looking back.
The friend beside me stirred again, and I opened my eyes. I didn't even have to look over at him to know that something was wrong. The blue scaly arm that draped itself over me was enough to tell me that, and my mind didn't even have to think very hard before it realised it was all the Voodoo man's doing.
He had cursed my friend and turned him into something blue and scaly.
I didn't want to look at the rest of him.
I just screamed.
Posted by DRC at 10:17 No comments: 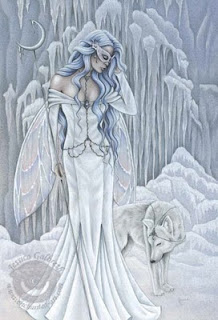 A very . . .VERY . . . strange exercise last night in the Circle. There were only three of us last night (and one being a brand new member: Welcome Belle!) One exercise we usually do when we're quite is like a game of Chinese Whispers. An opening paragraph is written, folded over and passed to the next person. The next person reads the last line and continues with where they think it should go, and so on and so forth . . . You get some rather comical pieces that way.

Last night we did just that, only we didn't start with the opening paragraph. We started with the last paragraph and worked our way backwards to the beginning. We were allowed to read the entire last paragraph before we added. It proved very interesting. Here's the piece I started and ended. Each paragraph, bold, italic or normal, represents a different writer. *Remember, this piece was written backwards:

Exercise: Chinese Whispers in Reverse . . .
You hear about it in tales, read about it in books, or watch it in films, but never do you expect it to happen to you. Things like that just don't happen. They aren't real - but I can prove you wrong. They're so real it's beyond belief.
It's amazing how such a little thing can capture your attention, and how that little thing can suddenly devour your very being and consume your mind. It's hard to believe how one little thing can cause so much trouble.
Daydream or fixation. I couldn't decide. They say you can't think about what you don't want to think about without thinking about it. Each day it took me longer to walk passed the mound. Each day the portion of my brain devoted to anything other than the mound became just that little bit smaller.
I'd been passing the patch for months with a restless hope in my heart. The mound surely held priceless treasure, and I waited each day for the secret to be revealed, or perhaps to reveal itself after the fashion that secrets have of wanting to be known. I waited, wanted, hoped, and when the sight came I was stunned.
It was such a rare sight to see, but I knew instantly what it was the moment I saw it. Green shoots, lusciously green and so mouth wateringly green. I could only imagine what sat at the other end, and the more I imagined the more my mouth watered. It was a carrot.
I needed that carrot. I mean, real bad. Nothing would get in the way of my craving. Predators or gossips, anything scary that would mean death in the night - either physically or socially - was ignored. I grabbed the trowel and ran into the garden.
Quietly, surreptitiously, with my breath held in my chest like solid, I stabbed the trowel into the black earth. The night was lit by a plaid moon, but still I hunkered down in the dirt, closer to my objective than ever before. My heart beat fast, thudded, tumbled, all the analogies you've ever read that hearts do. I heard a noise from behind and stopped.
At first I thought I'd been caught, but as the shadow from behind me grew, I knew that wasn't the case. What WAS the case, I didn't yet know. To discover that meant that I had to turn around. I didn't want to do that, but I had to. Leaving my hole only half dug, I looked over. It was no man standing behind me. It was a 6ft ferret . . .
Posted by DRC at 06:17 No comments: 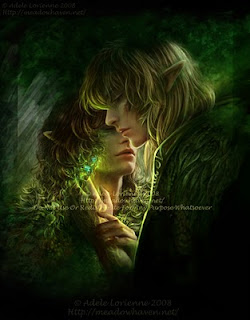