I confess, I have a LOT of catching up to do regarding Doctor Who, but you'll be pleased to know that I'm currently working on that thanks to Netflix. It wasn't something that I rushed out to watch when it was showing, but I did catch the odd episode and remember thinking to myself that that was really good. It's the same with Game of Thrones to be honest - but that's another story.

Anyway, I can't remember if I blogged about this all those years ago, about a dream I once had with Doctor Who, but I'm gonna blog about it again today, regardless. And what with Doctor Who being in the limelight at the moment and the news that the next Doctor is going to a woman, there's no better time to bring it up again.

So what do you guys think to the news? Will Jodie Whittaker become a successful Time Lord? I'm open for it and think it will be an interesting twist. I've watched her in a few other things and she's a good actress in my opinion but will the Doctor be the same as a female? And this is where my dream has a fun little answer to that...

Obviously I can only account for the episodes I've seen, so my facts may be slightly off. If so, you'll have to forgive me for that, but I do get the feeling the Doctor refuses to have any relationship with any of his female companions. All through the episodes with Rose Tyler, we watched how their relationship grew, evolved, and it was obvious that she loved him, but he never returned the feelings until the end, but even then he didn't actually say it. We're just lead to believe this was what he was going to say. And then afterwards we saw how painful it was for him to bring her up in conversations. So if he did actually like her that much, why didn't he act upon it?

In truth, according to my dream, he couldn't because...wait for it...he has no genitalia. True story! In my dream, he was asked why he would never take that step, and his answer was that Time Lords were minus any genitalia which meant any sexual relationship - especially with humans - was impossible. Whether this was kept secret due to embarrassment, I don't know, but that's why any relationship between the Doctor and his companion has never taken that final step.

So, if the Doctor wants to regenerate as a woman, why not? He's not defined by genitalia which sex he is, so in reality he's free to choose. And will being a female change anything? Of course not. It's still the Doctor. In fact, I'm surprised he hasn't made this choice sooner :)

Anyway, enough silliness. On to Pic of the Week. Sticking with a Doctor Who theme, this little beauty was created by Jasric on Devientart. If you like anything sci-fi, fantasy, film, TV, you have to check their gallery out. There's some real impressive pieces, including this piece below. So go check it out, and in the meantime...

...enjoy and have a good weekend! 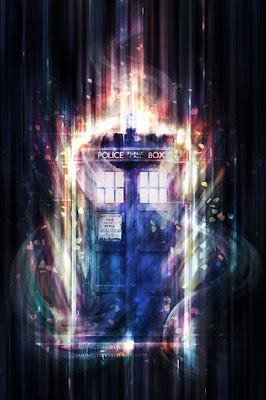 Labels: Doctor Who, Dr Who. Tardis, Jodie Whittaker, pic of the week

It's up! It's published! TUNNEL is available on Amazon for kindle and print. It's very exciting. Below is the cover and the blurb.

Check it out HERE :)

Oh and almost forgot to say, as from tomorrow and the next 5 days, it's totally FREE so grab a copy while you can... 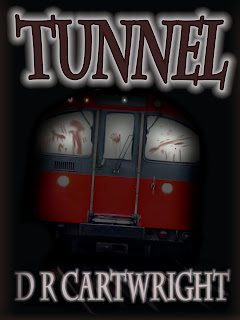 The London Underground, a convenient way to commute, with miles of tunnels weaving their way beneath the city – but with many of these tunnels now unused and abandoned, a whole new world unknown to the people above has evolved below the streets.

Mike travels the Underground every day for work, battling rush hour crowds all taking the same journey day in day out. He follows the unspoken underground etiquette every time, with his music playing in his ears and the avoidance of eye contact, and no one says a word as they routinely travel the tedious path life has given them.

An evening of working late means Mike misses these rush hour crowds. The platform at nine o clock in the evening is sparse of people, and the train car he boards offers plenty of seats. He settles down, listening to his music and preparing to travel the same journey taken hundreds of times before, only this time the journey offers something different, and as the train stops, trapping everyone beneath the streets, he realises they are not alone.

Something else, something terrifying, is lingering in the shadows of the Tunnel…

Pic of the Week . . . Brandon McConnell

Today, highlighting the spray paint artist Brandon McConnell with his phenomenal talent with SpaceArt. I first saw a guy painting with spray paints about 15 - 20 years ago on a visit to Camden in London. He blew me away, so much so that I even went home and tried it myself. I created a few pieces, experimenting, but the cost of the equipment meant I didn't continue.  But still to this day, I could watch them spray all day long.

So, introducing Brandon McConnell. Be sure to check out his website - and, if you're interested, watch how he creates this specific piece in his video tutorial on YouTube.

Enjoy and have a grand weekend... 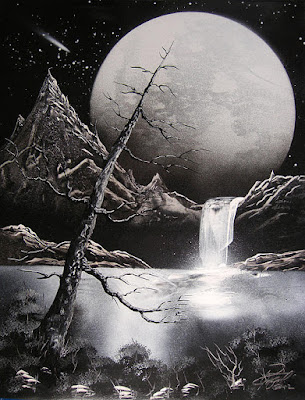 I disappeared from the whole blogger community. I used to post twice a week, every week, religiously. I loved it. And not only did I fade from you wonderful people, I faded from my own creative self, too. I've been clinging on to that creativity for a good few years now, struggling and desperate not to let go - but then not doing much to help myself rescue it either.

I've suffered a whole identity crisis in the meantime, too. I've always been writing, as a little kid, all through my teen years and up into my adult life. It's the one thing I've always wanted to do, and the one thing that has always been a constant for me, and after publishing a few works online as well and my inclusions in anthologies, as well as personal projects that I've been working on, I was proud to call myself an actual writer. But then I wasn't writing. And if I wasn't writing, who was I? This left me confused and added to the struggles. In the end, I've just been meandering through life, not doing much at all to be honest.

I'm not sure why my creativity dried up. I could put it down to changes in work which have left me unsettled and therefore unable to get into it; a break which got me out of the habit of writing regularly, and a habit that I haven't been able to get back into...who knows. But one thing still remained, and that was the passion for my ideas. Even though I wasn't actually writing, the ideas still kept flowing, ideas that I love and would one day want to put down on paper - or a word document.

So, a little while back I decided to get my posterior back in gear and get back in the flow, and I've finally finished my novella, Tunnel. Can't actually remember if I mentioned it all those years ago in one of my last posts, but I originally started Tunnel (a zombie flick) for Nano way back when and then had a car accident which ruined that November flow. I still worked on it though at my own snail pace and eventually finished it. And now it's edited and polished and soon ready to go up on Amazon. I'm actually proud of myself and I will keep you all posted with that one.

Then also, out of the blue a few days back, I received a friend request on facebook from the wonderful Nick Wilford who inadvertently reminded me of the whole writer community sitting here that I had once been a part of and who offered support and inspiration (thank you), and so decided that I needed to get back here too. If you believe in fate, I think the signs are all there, finally aligning and telling me it's time to rekindle that creative spark. It may be hard and a struggle but I'm ready to give it a go...

So, deep breath and fingers crossed. Let's get this show back on the road...
Posted by DRC at 08:43 8 comments: