I've just recently finished the first draft of my current piece, Blood for Blood. It's basically the 5th installment in my Dark Fantasy series, The Egaean Archives.

I've struggled with this piece, I won't lie. Hidden sub-plots kept springing up and I think I felt a little over-whelmed at times, like I had bitten off more than I could chew. (What didn't help is that I broke my own rule and wrote and self-published Tunnel half way through this one). But chew I did, and 120,500 words later, it was finished. Again, just the first draft I have to keep reminding myself. I am pleased with it but it's far from perfect.

One charater turned out to be not quite who I expected. He ends up being my main antagonist, and throughout the story, he has changed who he wants to be; an Advisor, a Priest, a Commander in the Royal Guard. He just hasn't been consistant, but as the piece drew to a close, he eventaully made up his mind. He's a Cardinal (still going along the priest line), which is great. The end climax is in a monestary and this now makes perfect sense.

What is he a Cardinal of? Religion does feature in my world, but it's only been something I've touched on. In order to flesh out this character, I need to know who he is and what he does, and in order to do that, I need to flesh out my religious system. I already have one historical story set in place which features heavily in two of the other pieces, but it's not enough. So where do I even start? It's like world building from scratch. 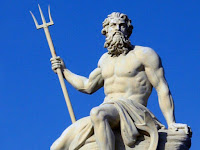 I've decided to go along the similiar sort of lines of ancient Greece with many gods, each with their own role to play. I'll have the people aware of these gods, but the majority will only worship one main one. I just need to figure out who these gods are now. A fun way to spend Easter Weekend.

What about you guys? Have you ever had to create a whole new religious system for your piece? How did you go about doing that?
Posted by DRC at 06:11 3 comments:

A Black Hole in the Blogoshpere . . .

So what's happened since I've been on my hiatus? BIG news currently going round the globe is NASA taking pictures of a huge Black Hole 55 million light years away from Earth. The pictures I've seen online are phenomenal. And do you know what else is phenomenal? The size of that thing. It's estimated to be 6.5 billion - yes, BILLION - times bigger than our sun. Can you imagine that? Can you even comprehend that size? I'm certainly struggling. 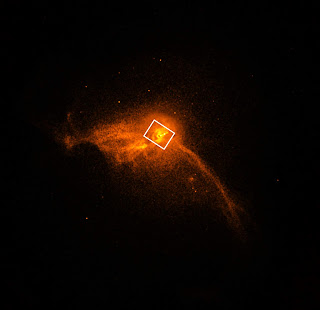 6.5 billion...*Shakes head. Can you imagine the affects that would have on us if it were closer? I dread to think. Although one theory has already crossed my mind. That theory goes that it's sucked up all the regular bloggers from 3-4 years ago.

Seriously!!! Where have all you guys gone?

I have a huge long list of blogs that I followed back in the day when I was blogging regularly. I flicked through them the other day and sadly only a tiny percentage of them are still running - and kudos to you guys for keeping it up. There were some real good blogs out there that are now just drifting aimlessly in the blogosphere. Mine, admittedly, is one of them. I guess life gets in the way, better things come along, priorities have to be made. I joined twitter a while ago (in a bid to give up the unhealthy addiction to Facebook, I found myself filling the void with Twitter. Urm...) I follow many authors on there - as well as stalking potential agents - and even though I rarely post, it's a good way to keep up to date.

So why do I feel Twitter is taking over Blogging? The convenience? A way to keep in touch with more people without the need for typing out long-winded blog posts? I don't know. But I sure hope the Blogosphere doesn't get sucked too far into this black hole. I may not blog regularly but I do still dip in and read those that are still up and running.