Are Your Characters Wet?

I have this problem with one of mine - actually he's my protagonist. He's not a real butch guy. He couldn't stand up for himself if he found himself surrounded by huge, ripped bruisers. I kept him realistic. Let's face it, many characters in fantasy can be big, have the ideal bodybuilder physique, can kill 12 burly orcs with their bare hands, down three bottles of whisky, and still ride a unicycle in a straight line all the way home to a big-breasted, devoted woman that may or may not be their wife.

My character? Rowen Mcgregor? Okay, he may not be all of the above, but he IS a Captain of a galleon ship. He has the authority to command his minions, and it's his rank and his connections that make him revered and respected. I have no problem with this area of his life. He's strong enough and more than capable of commanding his men.

But the one issue I have is, for a man in this position, how in touch can they be with their emotions?

He's a family man, a man who loves his wife and the child they're about to have, but when something happens to her and he has to play hero, he does give in to his grief. 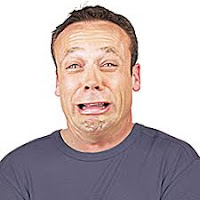 This made me think. There are many many fantasy books out there with male protagonists, and I confess that I'm not overly read in this section of the library. Would having a male protagonist in touch with his emotions like this devalue my novel to the male market? Because he has this little breakdown, I don't want him to appear too wet in the eyes of readers who are expecting the stereotypical hero who laughs in the face of all things dangerous and tragic. I do like the fact that he is realistic and not a bolshy, unbelievable character, so tell me...

...if you read a book and the male character gives off a 'few' tears, would this bother you? Or am I too in-touch with my own emotions and need to take a step back? I confess, I'd cry in his situation, but then it doesn't take much to set me off... :)
Posted by DRC at 11:09 9 comments:

Sun's out, people! After a month of non-stop rain, Spring has finally graced us with some sun - and it's reminded me how hot it can be...

I was going to go with something a little sunny and cheerful this week for Pic of the Week, but the I come across a piece that just spoke to me. There was something about it, and so I had to share. Not quite sure yet what that something was, so in the mean time if it speaks that something to you, let us know... :)

So stare away and enjoy! 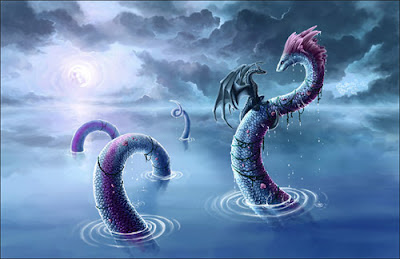 Since doing Pic of the Week, I've come across and have shared some wonderful and talented artists that I never knew existed.  Their stunning works of art has both awed and inspired me.  But after everyone I've ever listed I still hold Luis Royo at the top of my list.  I absolutely love his work - always have - and even though some of his pieces are a little on the 'risque' side, what he creates is beautiful, mysterious, dark and entriguing.

Have a fab weekend and enjoy :) 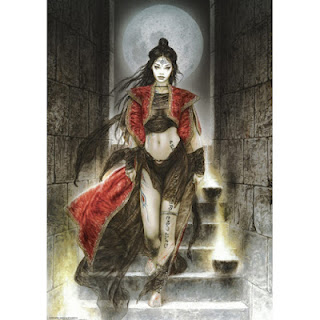 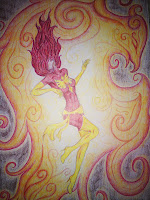 I haven't done much writing recently.  I'm 54k words into my novel - aiming for around 80k, so I'm well over half way, but words seem to be failing me at the moment.

So what do I do when the words aren't flowing?  I let the creative pencil have a say for a while instead.

I've been drawing so my creativeness isn't quite dried up yet.  I still have a love of Marvel art and a fascination with marvel characters (yet to see the Avengers, though) and so have been busy putting together my own Marvel Gallery.

Check out my new page.  Whenever I create a new piece I'll add it to the gallery for everyone and anyone who likes Marvel fan art to enjoy. 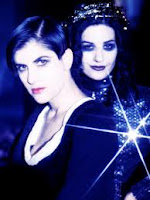 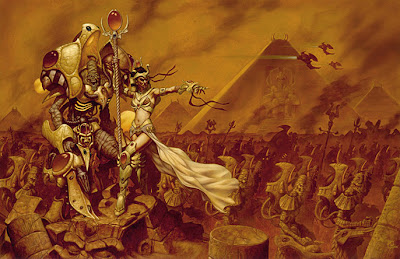 Pic of the Week . . . Castle and Beckett

Through the joys of YouTube, I found Castle, a crime series about a NY BestSeller crime novelist who gets to tag along with a homicide detective and help solve crimes. Ok, some of the crimes they come up with and the reasons behind the murders may be somewhat repetitive in a couple of episodes, but the one thing I love about this series is the fact it's character driven.

You know that Castle (the author) and Beckett (the Detective) have feelings for each other that get stronger as the show goes on. The tension between the two builds so much you're left uncaring who dunnit. You just want to know what's going to happen with these two characters.

The other thing I love about this is watching when Castle suddenly gets inspired to write. For me, watching this is so inspiring. I find myself sitting there thinking 'I do that - that's me!' and then I want to jump on my computer and type. Sounds stupid? Maybe it does, but it's prompted me to write so much in the last week...when I'm not watching Castle, that is.

And Nathan Fillion knows how to reach fans out there and build up his audience (either him or his agent...). The books that are written by Castle in the show are actual books that you can buy, written by a Ghost Writer under the same name of Richard Castle. Nathan Fillion plays on this and has set up websites, facebook and twitter as his character.

This, I think, is a great example of what else writers could do as a means of publicising themselves and their work. We have imaginations, we have the characters; combine the two with social media and you're broadening your horizons when it comes to publicity, something most publishers expect from their authors these days.

I just thought it was a great idea.

Still, this week's Pic of the Week is a still-sht from a scene that I quite liked.

Enjoy and have a great weekend... 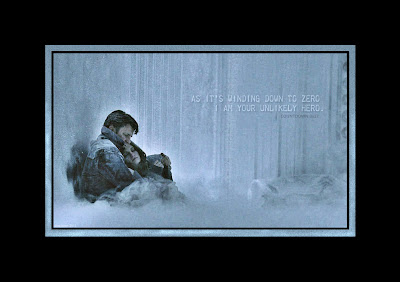