Flicking through my notebook, I found an old piece of writing from an exercise we did at our writers' group. I can't remember when we done it or what the exercise was, but I think it had to involve a 'moose's head'. (*Shrugs shoulders) 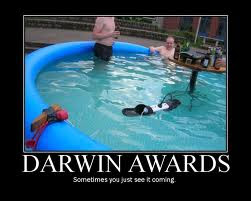 I remember writing the piece, and I remember what inspired me. It was a story I heard on the radio that morning that was so unbelievable but yet true. It's listed up there with the Darwin awards. The story is not exact, all characters purely fictional, but the key elements are there . . . and I involved a moose's head.

Conundrum: Can a person be charged for their own murder?

Daniel Redgrave, the alleged murder victim, had suffered with depression for most of his adult life, and during a particularly bad period, decided to take his own life by jumping from the roof of the tower block where he still lived with his parents. However, after he jumped, the coroners stated that the cause of death was not the suicide fall, but the bullet wound in his chest.

This puzzled the authorities, and after an investigation, this was what they found.

Three months prior to Daniel Redgrave's suicide/murder, he had been the cause of a family feud and was disinherited from his parent's will. It appeared that his mother refused to give him anything in the event of her death, including the head of a moose that hung on their wall.

In a fit of rage, Daniel Redgrave loaded his father's rifle - the very rifle used to kill the moose - and placed it back on its perch above the mantelpiece. His father, it was told, often got into heated discussions with his wife and always grabbed the riffle from the mantelpiece, threatening to shoot her. Daniel knew this, and this spurred him into loading the rifle in hopes that his father would shoot and unwittingly kill his wife.

But after three months nothing had happened and the bullet was forgotten.

Daniel Redgrave's depression continued to worsen, and eventually he decided that enough was enough. He climbed the stairs to the roof and stood on the edge, determined to take his own life.

Little did he know that floors below him, his parents were engaging in one of their heated discussions. As he always did, Mr Redgrave grabbed the riffle, unknowing that it was loaded. As Daniel Redgrave leapt from the roof in his suicide bid, Mr Redgrave shot the rifle. However, the bullet missed his wife, passed through the window and hit his son in the chest as he plummeted to his death.

He was dead before he hit the ground.

The courts tried to charge Mr Redgrave for the murder of Daniel Redgrave as he was the one who had shot the rifle, but because he didn't know the rifle was loaded, all they could charge him with was manslaughter. 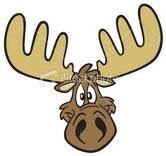 However, because of the evidence against Daniel Redgrave, clearly showing that he was the one who loaded the weapon with the intent of murder, the charges against Mr Redgrave were dropped and they had no choice but to charge the victim with his own murder.

I love Luis Royo. He has to be one of favourite artists at present.
Looking up Dorian Cleavenger, I realised his works were, in a way, very similar to that of Royo's - but for some unknown reason I wasn't a big fan. Some of Cleavenger's pieces were fantastic, don't get me wrong, but where as Royo's boarders the sci fi/fantasy/erotica lines, Cleavenger seems to go a step beyond that.
Now, I'm not saying I dislike Cleavenger. He's very talented, and very imaginative, but Royo still got my vote for this week's Pic of the Week. His work seems to have an unfinished look about it which, in my eyes, makes it perfect. 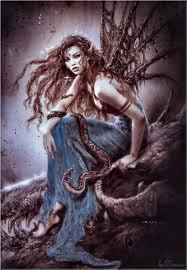 Still I'm not exempt here. I'm a dreamer. Always have been and always will be. I'm not saying my work will ever reach the realms of success that Harry Potter and the likes have reached, but watching reams of scenes go through my head like a film, it's kinda hard not to consider such things.

In a fictional world that revolves around my successes, and in a world where my latest, Lady of the Seas, should get spotted and turned into a film, here is who I hope they would cast for my main characters. 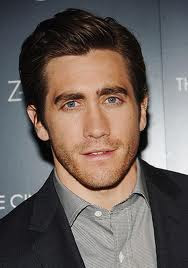 Jake Gyllenhaal - aka, Rowen McGregor: Captain of the Galleon, Lady of the Seas, a man whose life revolves around the seas and his expecting wife, and a man whose guilt drives him to hunting down a creature that he inevitably brought ashore. Best known for his roles in 'Donnie Darko', 'The Day After Tomorrow', 'Prince of Persia', and 'Brokeback Mountain'. 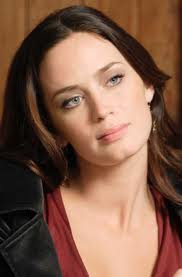 Emily Blunt - aka, Peynton McGregor: Wife of the Captain of the Lady of the Seas and mother of his unborn child. Best known for her roles in 'The Devil Wears Prada', 'The Young Victoria', and 'Gulliver's Travels'. 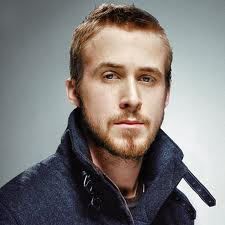 Ryan Gosling - aka, a possible Quinlan Spicer, Ship's Master and Rowen's friend. If he grows his blond hair longer, he could possible find himself the part . . .

And that's the Dream Team. What about your work? Have you ever considered who would play the parts of your characters?
Posted by DRC at 06:04 3 comments:

Agent Reply From Preditors And Editors . . .

Bonjour. I know I didn't post on Tuesday. I have no excuse really. Maybe I forgot, maybe I was subconsciously waiting to make the discovery that I'm blogging about today. Who knows. One thing I do know is that I am sorry . . . and you should really read this...lol

For those who aren't aware, I'm currently seeking an agent to represent my work. It's slow progress - mainly on my behalf too. I've tried to pick out those who accept email submission first, but now I have to get off my butt and buy paper and an ink cartridge for my printer to start sending via snail-mail.

One website that I absolutely love, regarding the search, is Preditors and Editors. I've think it's invaluable. They list most agencies and whether they're cosha or not. (But I think they only list UK agencies). Just by chance I was looking yesterday, and someone had posted a reply they received from someone after querying. Made me chuckle, and I had to share:

Following is an email from Abacus to a writer:

Tell you what, since you think you're ready to go as-is and, after all, you've "checked things out beforehand," if you can con some lame brained literary agent into sending your work in as-is and the Red Sea splits again and the work is sold to a major, we'll pay you $2,000 flat out, no questions asked if accomplished inside of two years. If on the other hand you fail to do so in two years from today's date, then you owe us $2,000. Sound like a winner? We'll exchange notary of public official, binding contracts and, on 20 May 2007, one way or the other, one of us owes the other one $2,000. Are you game?

Of course not because you are perfectly aware of your limitations and know hands down that your manuscript will never sell as-is...the actual iteration you just sent us...which we would keep on file to verify our offer. The reason we will never hear a response to this is because you cannot win, couldn't win in a thousand years and don't have the foggiest what it takes to sell a manuscript. The morons whose web sites you are referring to can't compete with us in the open market and so have to rely on outright lies and misdirection and people like you take advantage of free evaluations. Thanks for tipping your hand, however.

The proof of what we're saying... You made no comment whatsoever concerning your sixth-grade level e-mail previously sent. Any of us at my agency could write better than that when twelve years old... And any hint of your work being remotely in the category of commercial salability is a stretch even Plastic Man couldn't make...

Yep, it's that time of the week...again. Lord knows where time flies.

Anywayz, this week's Pic of the Week is by an artist I discovered by chance. (I do like chance discoveries. Seeing something new for the first time can take your breath away...) Steve Argyle is a master of digital art. Check out his website for more. 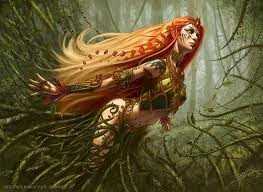 People say that writing is a lonely game. I read many blogs about such things not so long ago. The fact is, it can be, but then it isn't. It depends on the writer. Shutting yourself away from the world so you can have some quality time creating your new one isn't everyone's idea of a good time - but for the writer, it might sound like heaven. And, let's face it. They won't be entirely on their own. Their characters will be with them. 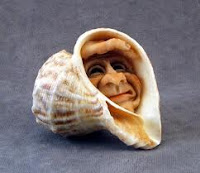 I bring this up now because I have nothing else to blog about at the moment and I'm in danger of becoming a full time Hermit.
I like my own company. I'll quite happily sit at home, just me and the cat, and spend all that time creatively. And with a husband who is a lorry driver and away most of the week, I almost get my wish - but it's not healthy. Now I'm working from home, so I have no more travelling into the office everyday, no more interacting with people - it is literally just me...ALL DAY! Definitely not healthy.
So I've taken up going for walks in my lunch break or, like today, going for a bike ride. I used to bike all the time before we moved. I used to ride to and from work everyday and I loved it. It kept me fit and gave me the exercise that I wouldn't have otherwise got from working behind a 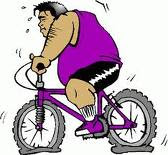 desk all day. Then we moved away, then I got a driver's licence and now I get no exercise at all. (So you can imagine how I'm feeling today - exhausted, sore and reminded how unfit I am.)
However, despite deadlines and just that one more paragraph that needs writing, remember that getting out, socialising and getting some exercise is just as important. You'll be no good to anyone if your not healthy and in no state of mind to write that best selling novel. Once that's done, then you can shut yourself away.
Prioritise. Health or Novel.
And it was just bad luck for Stephen King to get hit by a car on one of his daily walks all those years ago.
Right, well I'm now off to sulk and nurse my aching muscles. Tomorrow is but another day . . .
Posted by DRC at 12:03 6 comments: