Yep, this week - seeing as though I missed last week - we are back to Vistoria Frances. I'm now a sucker for her work. I love it, and I hope you'll love this weeks pic just as much as me . . . 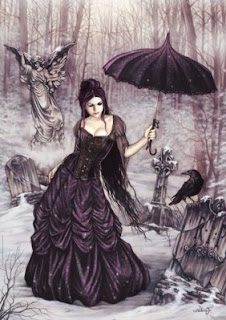 Exercise: Eventually It Came To Pass . . .

Those who could afford it went ahead with the procedure. Back then it was as fashionable as plastic surgery. It was something new; something to boast of; something to parade. But after signing the dotted line a price was placed on their heads. Immortality didn't mean forever. Life still ran out - but for a smaller fee a top up could be had every 20 - 30 years.

On and on they went, parading and living, living and parading, until they out-lived everyone who opted not to go for it. All the mortals died, old age taking its arthritic course, but they left behind a new race - a race of people who were so proud, who were so self-devoted. The world never returned to how it used to be.
People never worked and there were no people to work. Immortals were too proud to lower themselves, but they didn't need food and they didn't need water. Eventually there was nothing worth harvesting, nothing worth producing - except more top-up.
But that still had a price, and money doesn't last forever.
It wasn't long before it began to run out along with the collapse of society. No longer could they afford to pay for their top-ups. They went as long as they could, hoping, preying that they would g

et just one more day at least. And then they started dropping like flies, like their power cords were suddenly being ripped from them without prior warning.
And the worse part?
No one collected them from where they fell in the streets. What once had been a great society filled with pride had become a world of fear. People hid from the truth of what was happening as much as they could - but as much as they tried they couldn't hide from the terrible fact that they had unwittingly destroyed everything . . .

This week has all been about Victoria Frances. I saw some of her puzzles last weekend and it reminded me that since starting up Pic of the Week, I haven't actually given her a mention (Hangs my head in shame).

She's a wonderful artist, with some extremely beautiful, dark, atmospheric pieces, many revolving around the Vampiric theme. Her work, I've found, has cropped up everywhere, and I've found myself in awe of a certain piece and then, later down the line, discovered that it is a Victoria Frances piece. I've then wondered why oh why did I not realise that before. 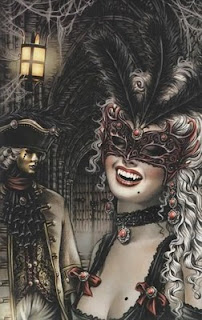 This week's Pic of the Week is by Yuehui-Tang. Here's a link to a gallery of his work (not necessarily his own gallery though).
I chose this particular pic because I thought it surmises pretty well how I'm feeling in my office at this moment in time. Yes, you guessed it. HOT!!! :D
Enjoy and have a great weekend. 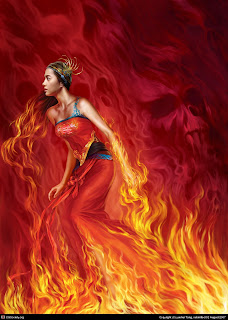