One word and one word alone inspired today's post. That word?

Why? Okay, allow me to explain. Who out there has heard and ever watched the sitcom `How I Met Your Mother`? For those who don't know, this sitcom is based around a 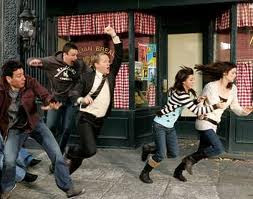 group of five friends in New York City. Each differ from the next and each have their own little habits and problems. One word they always use is AWESOME, and it fits their character's dialogue well.

However, I tried it the other day. I used that one word in a sentence when talking to a friend, and suddenly I felt very silly. The word just didn't have the same effect. It didn't sound right. It wasn't in my character to say such a thing, and I realised that I should never use that word in conversation again. But this made me think.

How well do you know your characters, and are you making them say things that are causing them to feel just damn-right silly?

Dialogue is an important tool when writing a story. It breaths life to your character and helps to show the sort of person they really are. It's also a great way to give them independence and individuality. There's nothing worse than reading a story where every single character appears the same.

Let me give you an example: Imagine that before you stands two little girls of approximately ten years old. Each share the same golden ringlets, the same blue eyes, the same pretty blue dress, and the same cheeky but innocent little grin. You realise then that you are either seeing double or they are identical twins. They are the same. How are you ever to tell them apart?

The idea is that if you took all the narrative away so that all remained was dialogue, you would still know who was talking. You would be able to pick out accents and little differences in speech. You would know that the little girl on the left said this, and the girl on the right said that.

This makes characters come alive. It gives them individuality and keeps them interesting for the reader. No one wants to read something where everyone is the same. That can be very boring and monotonous.

Likewise if you give someone something to say that is completely out of their character. You can't put a Medieval Knight upon a daring steed, readying to do battle with a blood-thirsty prince in order to save the throne and the beautiful princess in a situation like this. . . 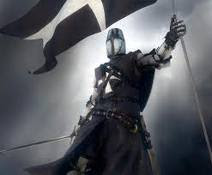 "My liege," says the Medieval Knight as he steadys his excited steed. "The enemy is waiting upon the brow of the hill. Shall we ride to battle?" His eyes beneath his armour glint in the moonlight as they look upon the beauty of the princess.

The King gives a nod. "Indeed, brave Knight. Ride with the wind, and fight strong!"

The princess places her token, a handkerchief of the finest white silk, on the end of the Knight's staff. "And may a thousand of the lord's pure white doves fly above you and watch over you, and may they bring you swiftly from harm and back into my arms before the rising of the sun. For then you will be gallant and noble enough to win my hand in marriage."

Despite the threat of the battle looming on the horizon, and of the slim chances of him making it back unscathed, the Knight smiles. "Awesome!"