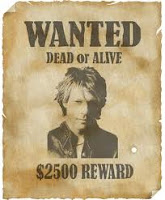 After finishing Son of Jack I wrote a series of short ghost stories and then decided that I could happily have a little break from writing - only for a week or so. I figured that now I didn't have any deadlines to contend with I could put my feet up for a bit. I started to draw, then that idea got a bit old; read some and then became a member of LoveFilm. I could stream and watch films instantly.

After watching god-knows how many films, I got back into the ye old faithful series of True Blood. Seeing as I'm not one to sit down religiously at a set time every week to watch a series on TV, I got the DVD, but I'm a skin-flint. I only had season one on DVD and thought I'd wait until the price dropped before buying the rest. So, after watching season one I had to get the second season. Now I've watched every episode I find myself in a rut. What am I to do now? I'm at a loss. I've ordered season three but it won't be here for at least a week. What am I going to do in between times???

Then I remembered that I'm actually a writer!!! How could I have forgotten? And then it dawned on me.

Yep, I've been duped. My muse enjoyed his little break and obviously doesn't want to come back without a fight. He's been quite happy sitting down, watching TV and becoming the stereotypical couch potato. Now I want to put him back to work, he's up'ed and made a run for it. I've tried, I've fought, and I managed to write the opening chapter of the vampire story that I had in mind, but then he got the upper hand of the fight. I'm not quite sure where he is now. He's hiding and could be anywhere. But I know he's still in the house. I hear him creeping around the 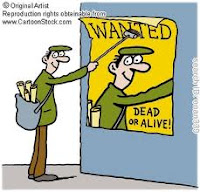 shadows at night; I know he's playing games with me; I feel him peaking over my shoulder when I'm reading through previous work, and as soon as I put finger to keyboard he sniggers at me and runs off.

By allowing him this little break, I've been too soft on him and now he's running riot and doing as he pleases. I need to gain control of him! I need to put him back to work and that means discipline! He's not going to like it, but once he's under control again, everything should be fine and he'll see it's for his own good. You have to be cruel to be kind.

So, if anyone sees an unaccompanied muse wandering around, no doubt he's mine. He's Wanted: Dead or Alive. You know how to contact me if he's sighted and your cooperation is very much appreciated.