A Visit to Fairfields Lunatic Asylum . . . 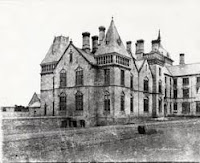 Not that I needed to visit a lunatic asylum - although there would be others who disagree...

I didn't know Fairfields Lunatic Asyum existed - and only within 30 miles of where I live. The place opened in 1860 and closed its doors in 1999. I don't know whether the place did some good for its patients, but like most asylums, it holds a dark past.

Fairfields Lunatic asylum - or otherwise known as Three Counties Hospital - served the counties of Hertfordshire, Bedfordshire and Huntingdonshire (a shire now redundant) here in the UK. It was designed in a Gothic Romantic style by George Fowler Jones, but there was nothing romantic about the place. Testimonials are filled with stories of vile mistreatment and abuse, mentally, physically and sexually. The name 'Fairfields' alone was enough to spark fear in those who knew of the place. One testimonial tells of the story of a patient falling to his death from a window. This has always struck him as suspisious considering all the windows were fastened tight for security reasons. Patients were needlessly jabbed with needles just to make them cry, and people were drugged and kept tied to chairs. Another tale tells of a rape victim who fell pregnant and was sent there to have her child. Once the child was old enough to eat solids, it as sent to an orphanage but the mother was kept there. Needless to say, she eventually went crazy. It was a place of horror.

The place had more than it's fair share of strange deaths too, from a patient found with his throat cut after trying to escape (Jury ruled suicide), an asylum brewer found dead in a vat of beer, the brutal rape and murder of a local nurse, and the numourous escapees who ran to a nearby lake, known as the Blue Lagoon, to drown themselves.

It also comes with its own collection of ghost stories, including screams of 'let me out' from locked, empty rooms and figures disappearing in front of staff.

But the saddest part of this place are the mass graves. Just off to the side sit two graveyards, a small one littered with gravestones, and another following a line of trees. This line of trees marks the mass graves where thousands of patients were buried, paupers who couldn't afford proper burials, or those abandoned by ashamed families. There are odd markers in the trees, each dotting a plot of twenty or so bodies, but the surrounding grounds are so uneaven that it's obviously been disturbed over the years, indicating to a lot more graves than is lead to believe. And I reiterate - thousands. A sobering thought.

Now, any one who knows me knows of my love of the paranormal. This place would make for the ultimate location for a ghost hunt, but would you believe the building itself, since the closure of the hospital, has been converted into luxury apartments. It would take a special kind of person to want to live there...and that would be me! I would love a place there. Unfortunately the apartments don't come cheap, and on top of that, residents are billed an extra £900 every three months to go towards the mainenance of the actual building. All in all, a little out of my price range. There is also a luxury spa where you can go and be pampered. And guess where they've placed the swimming pool - in the old morgue.

You can still walk around the grounds which are actually rather stunning and filled with black squirrals - also something I had never seen. They've also extended the area into a beautiful picturesque village - Fairfields Park. Even though the buildings are modern new builds, they still hold a hint of the gothic architecture that comes from the main building. It seriously is like walking into a Dickens novel.

Anyway, here a few photos I took so you can see the place for itself. The photos don't do it justice. It's not until you're standing in front of it that you can sense the dark ominous feeling from its past. 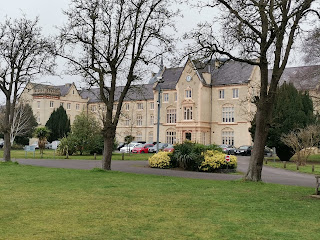 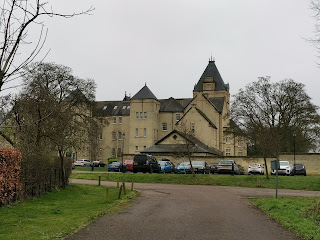 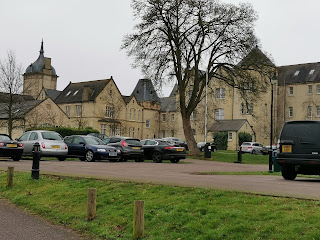 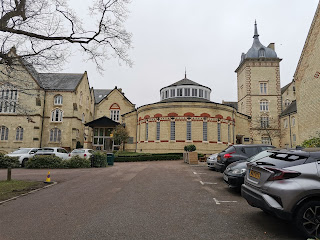 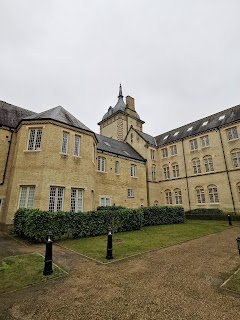