My book come in handy for more than just reading last night. Poor Philippa Greggory hasn't got a clue what she's inspired. My book, The Other Boleyn Girl, was innocently sitting on the table when it was suddenly grabbed by my colleague, Tony. We each had to name a page, three in total, and the first sentence from each was taken to create a strange little paragraph. Then, by using this paragraph, we had to let our minds roll . . .
Exercise: Three random sentences to form an opening paragraph.
A few months later the business was done. "What now?" he asked George.
"Don't you want to touch me?" she taunted him.
"What?" he asked stupidly, still dazed with pleasure.
"Don't you want to touch me?" 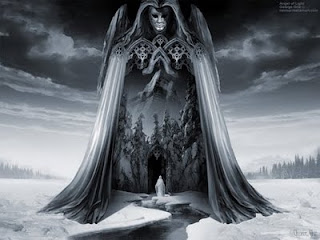 He looked across at her, a frown creasing his forehead. "Why should I want to touch you for?"
George gave a sigh, her eyes ablaze with her fiery hell. "We've just worked for months to bring you down from your heavenly cloud. I thought you wanted to be introduced the glorious act of carnal sin?"
The angel seemed slightly taken back. "Well yes, of course I do, but I didn't expect it to happen right now."
"Why wait?" She sat on the wall, her long legs crossed over each other. Her bare skin glistened in the street lights, her body seeming unearthly within the night. "It is the most pleasurable of sins."
"But I've just-"
"You've just committed your second sin. Greed isn't as pleasurable as lust, I can assure you of that. You have five more acts to commit. Why save the best till last? I certainly can't wait that long."
"But I've always been taught that `patience is a virtue`."
Suddenly her large wings opened up behind her. They were twice her size, with their bony frame appearing black, and with darkened skin stretched like webbing. "Don't you dare preach your `holier than thou` curses to me!" Her eyes glowed red like beacons in the shadows. "Of all people you should know that I will not succumb to such talk!"
The angel cowered away, his own white, feathery wings folded up tightly behind him. He looked down, almost afraid to look at her angry beauty. "I`m sorry, George."
"I have worked - slaved - to bring you down here so that you can commit your sins. It was what you wanted, remember? The mundane life in heaven was just too much for your little angelic self." She slipped off her wall and stepped up to him. "I cannot wait for this much longer. I have waited too long for this moment - to become one with an angel from the heavens - and do you even realise what it means?"
He lifted his head, knowing the answer and about to speak, but she cut him off.
"It means that after thousands of years, an eternity of war between good and evil, a child will be spawned. It will possess both the blood of heaven and hell, and will produce a whole new religion, a whole new way of life! Heaven and hell will be united! No longer will the war reign between the D

evil and God! No longer will there be sins to break or commandments to uphold. We will have a new king, a new race - our race!"
She stepped closer, so close the angel could feel her hellish heat against his bare skin. He wanted to turn away. He wasn't ready for this. Despite what he had done already to ensure the Pearly Gate was forever sealed behind him, he wasn't ready to betray his Lord in such a huge way. It didn't feel right, but as George enveloped him within her large, fleshy wings, he knew it was too late.
There was no going back now. The demon was to have her wicked way . . .
Posted by DRC at 05:44