Exercise: Bringing a Setting To Life . . . 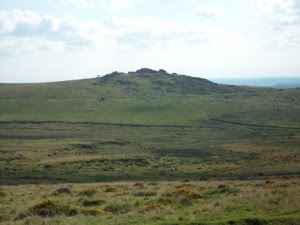 I was lucky enough to have a whole week of holiday last week. I spent a week in the sunny West Country known as Devon – even though it was a cheap week because my folks live out there – but none-the-less. We done so much stuff that I can hardly remember any of it, but one thing that did stick in my mind was our drive through Dartmoor. I’m one of those strange people who prefers and appreciates the countryside more than the beach, and for those who are like me I’m sure you’d agree that Dartmoor is a beautiful place.

As we drove past wild moors, littered with thousands of sheep and wild ponies, and rocks and Tors, it really got me thinking about the setting and location of my novel. There’s a section in my story where my two MC’s are travelling across the open plains. Now, I’m ashamed to admit this, but I hadn’t actually put much thought into what this place was actually like. What is there apart from miles and miles of . . . grassy fields? The odd tree dotting the horizon maybe? A rolling hill?

It doesn’t work, does it, and I didn’t realise this until my drive across the moors. It’s supposed to be wild, untamed lands, and I haven’t been pulling it off, so I decided to give it a practice last night, to see if I could bring my lands to life. The exercise was to choose a location in your novel and describe it. This is what I churned out:

Exercise: Bringing a Setting To life . . .

The hill was steep and long, but by the time he made it up to the top it was worth it. The hills were no longer green, but the warm, welcoming shades of purple and yellow, of the heather and the cowslips that blanketed them. Trees dotted the distant hills in gatherings of five or six, their shapes casting individual and interesting shapes against the blue sky.

Behind him, the way he had just come, the hills were levelled and the lands lush and green. The horizon appeared miles away from the altitude that he stood, and he could follow the exact path he had just trekked with his eyes. 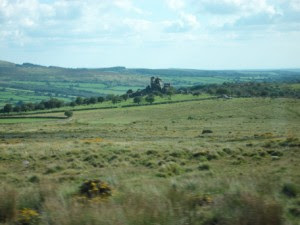 The scene in front of him told a different story. The land was rocky, with boulders littering his path. Most boulders were large and obvious to see and steer around, but some hid in the long grass and heathers, promising to make his journey treacherous.

A gathering of rocks sat on a distant peak, piled high as if a man-made structure, but this a natural Tor, and one of many that he was to use as a landmark to direct his way. He was grateful for these Tors, knowing that without them his travels would be difficult. Without them the weeks of crossing the open, rough terrain that sat in front of him would prove fatal, and he would be helpless against being swallowed by the wild expanse . . .


*I got good feedback from this but the one thing I failed to mention was SMELL. This is the one sense that always gets left out, but is an important element to include when trying to bring your world to life. I slap my wrist and promise to use it in my actual writing – but I smile at the fact that I wasn’t the only one to miss it out . . .
Posted by DRC at 11:30