I made a discovery last night. That discovery was the fact that I would never be able to write a piece of serious Sci-Fi. 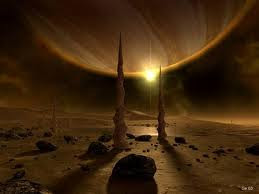 I like Sci-fi, but I mainly stick to watching movies as opposed to reading books. Having mentally scanned through my book mountain, I don't actually recall owning anything in that genre. I have horror (lots of horror), thriller, drama, historical, romance, adventure and fantasy etc - but no Sci-fi. (note to self: read a Sci-Fi novel)

In my opinion the two genres are very similar in that the worlds they are based in is nine-times-out-of-ten completely fictional. They have fantastical characters and aliens, robots and mythical creatures, space ships and enchanted lands, scorcery and technology. However, one happens in space and one happens on land. That's the basic difference.

So why, coming from a person who has devoted the best part of their years to writing fantasy, will I not be able to write Sci-Fi?

A few people in our writers' circle write Sci-fi, and last night we gave critique to a short piece. And it was a good piece. It was well written, easy to follow, and descriptive enough for me to imagine where we were. Okay, there were a few points regarding characterisation etc, but nothing that couldn't be fixed.

Then they decided to delve deeper into the Science Fiction of the story - and I'm not kidding, I was lost. These people were talking about the laws of physics, what decay would be like in a world with no atmosphere, how the world would differ in sight because of the lack of atmosphere (there wouldn't be a blue sky, for starters. Its the atmosphere that makes that blue) etc. I was stunned. They were discussing the reasons why a world would be desolate, what could possibly 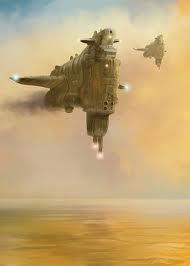 have happened to kill the entire world off, and the natural events that would follow within the next million years. I didn't know any of this - didn't even have the foggiest clue as to what they were talking about half the time.

I couldn't help but sit in silence throughout most of it. I offered my part where I could, but I soon realised that writing Sci-Fi is so much different to writing fantasy. There are rules that need to be followed to make it sound plausible and possible, whereas with Fantasy we can just add mystical reasoning - 'it's like that because it is . . .'