My thoughts on this topic:

I read a blog not so long ago about whether or not your protagonist should appear pleasing to the eye - ie, should they be the tall, dark handsome stranger that us women often fantasise about - or should they be rugged with flaws?

Well, there's no right or wrong answer. I believe it's down to the author. If you want your character to be the next Casanova, to be dashing and handsome and be able to sweep women off their feet with just a whisper, then so be it. But if you need your protagonist to be disfigured in someway that makes them feel ugly, then you should. It all boils down to the story you're creating and who needs to be involved.

In my opinion, a protagonist who's either disfigured or drop-dead gorgeous doesn't alter a good read.

But for characters to feel real, they do need flaws. A lot of writers with good-looking protagonists compensate by giving them 'psychological problems'. Maybe they're smug, knowing that they're good-looking, and they constantly look down their noses at others.

Or those who are disfigured, how would you have them be? Underneath their scars, could they be the nicest person in the world? Is that nice person trapped under all the resentment that they harbour over their looks, the main reason why people cross the street when they see them? Either way, these little things help give a character depth, making them feel real.

A couple of examples: 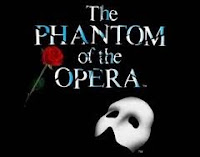 Phantom of the Opera: He hid his scarred face under a mask and lived under the opera house where no one could see him, then fell in love with Christine after hearing her sing. But Christine was able to see past the scars and his bitterness and fall for him, too (I'm guessing at the storyline here).

Quasimodo from the Hunchback of Notre Dame: Seriously disfigured and kept in the tower away from civilisation - until he falls for a gypsy woman.

THEN - something I watched the other night - V for Vendetta: Horribly disfigured and hides beneath the mask of Guy Fawkes. He's a monstrous terrorist who's killing everyone involved in what happened to him - but beneath he's a kind man who is reminded that he is capable of loving - and of being loved (rather touching).

But then, what about those in between? Those who aren't stereotypical, Hollywood hunks, but those who aren't disfigured. One man has caught my attention. Professor Brian Cox. He presents the TV Documentary, Wonders of the Universe, which explains about the big bang theory and supa-novas. He freaks me out. When he's quiet, he looks fine, but when he talks he has a constant, wide grin on his face, with those round, chubby, gleaming cheeks - and the way his whole mouth moves when he talks. It's probably just me, but there's something about him that makes me question his looks . . . do I like him or don't I? . . . or are these questions that I see one of my characters asking? Forget Hollywood Hunks (if that's possible). These are the real people that would inhabit worlds of fiction.

What do you think about this guy? I know I'm being vain - and I apologise if it sounds like I'm judging him on his looks alone.