In Which Wiki Will Tell You Who You Were...

This fun and interesting thing is going around facebook at the moment.  Have you facebook-junkies seen it yet? :) 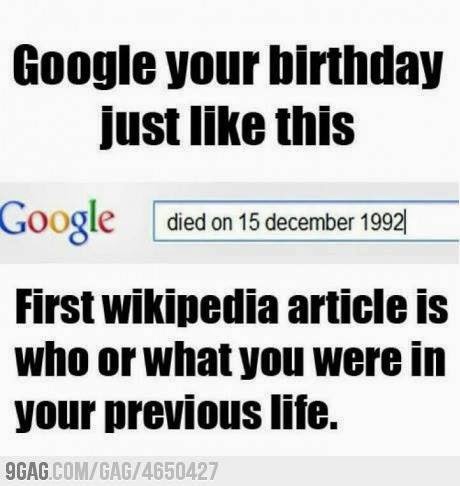 I tried it.  I typed my date of birth in the above format and I got:

Ironically, according to Wiki, Lesser Samuels was a Hollywood screenwriter for 20 years.  However, he also wrote and was associate producer for the biblical flop, The Silver Chalice, in which Paul Newman, who starred, declared it the low point of his career.

Interesting that both I and the person I supposedly was in a former life were both writers - albeit bad ones.  Gotta love facebook :)

Anyway, type in Google your date of birth in the above format and see who you get.