Pic of the Week . . . Dancing With Sharks

We're having a good - charitable - day at work today.  We're taking part in the Strawberry Tea fundraiser, raising money for Breast Cancer.  Lots of people in the office have baked and as I type half of the office are out in the car park with a BBQ on the go (I've just had my fill).  So even though there's still work to be done, there's plenty of food to purchase and consume and lots of fun.  I can't imagine much more being achieved today.  And it is Friday anyway...What better way to spend a Friday the 13th - and with a full moon thrown into the equation.

So, today is a charitable day, and one thing earlier caught my eye that would suit Pic of the Week a treat.

Hannah Fraser.  Ring any bells?  The model and marine conservationist has been in the headlines quite a bit just recently after dancing with a shoal of tiger sharks in protest against the worldwide killing of marine life, including tiger sharks, a threatened species after the popularity of shark-fin soup.

I love sharks.  I think they're a very misunderstood species, as Hannah is proving.  Yeah, there was a chance of one taking a bite, and it was a risky photoshoot, but tiger sharks are known for their viciousness and did they take a chunk from her?  No.  Maybe this was just luck - or maybe it's proof that the species on a whole has been stereotyped by the movie Jaws.  I'm not saying we should all go swimming with them and cuddle them - god forbid, but...

Regardless of what people think, I support Hannah Fraser 100% for what she's campaigning against.  You can read more from this article.  In the meantime, here are two of her pictures.  Spread the word of her good work.

Have a good weekend :) 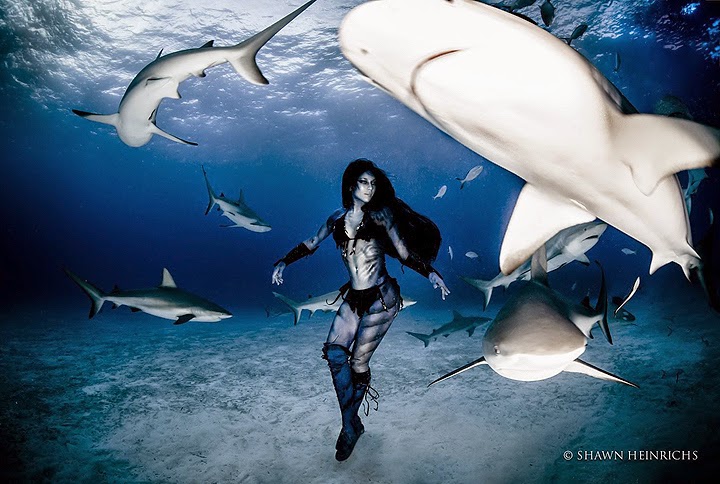 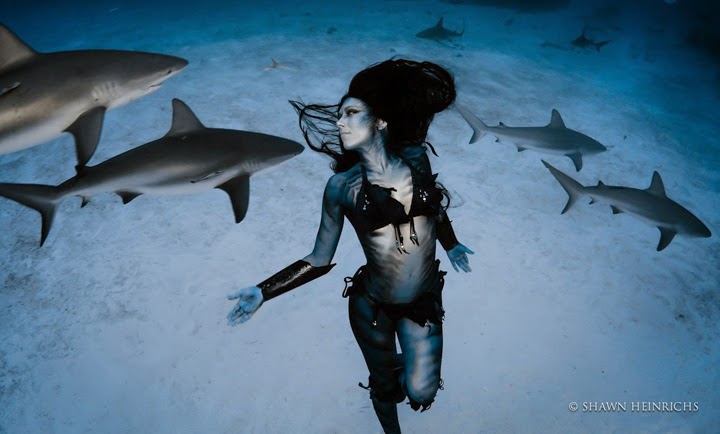