We don't have Sky or any major TV channels.  We have Freeview instead which gives you a few extra but nothing special.  I don't watch much TV as a rule so refuse to pay out for something that isn't really going to get used to its full potential.  However, if I get into a TV series, I get into it in a big way, and if it isn't on Netflix (a godsend for filmage) then I buy the DVD and I BINGE!  I've lost days of my life.

Anyway, because of this I'm a little behind on some of the greats.  I'm literally coming to the end of Season 1 of Game of Thrones after a friend lent me the DVD and I've just ordered a show that I know will keep me locked away. 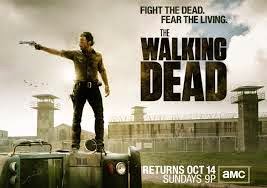 I saw the first episode round my sister's one weekend, and its hooked me left, right and centre.  So, if you don't hear from me in a while it's because I have my hermit shell in place and the remote in my hand.  With 3 seasons available to me, I may be a little while :) 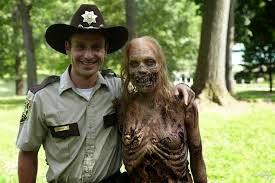