Last week a certain dress took the Internet by storm.  It was an innocent dress captured in an innocent photo that soon went viral.  Why?  It offered the perfect optical illusion.

People from all over the globe were debating what colour the actual dress was.  Was it Blue & Black or was it White & Gold?  Many took to Twitter, joining in with the great colour debate, including Kanye West, who saw White & Gold, and Kim Kardashian, who saw Blue.  All were adamant with what they saw.  We were even having debates in our office as just over half were seeing white & gold and the other half blue & black.  Read the full article here:

Certain stats revealed that around 75% of people saw White & Gold while the other 25% saw Blue & Black.  This was all put down to the the level of brightness behind the dress in the image and how our individual minds are wired to see certain colours.

It's all a trick of the light.

And it amazes me how easily it can deceive you.  The day before this dress went viral, I was driving home and had a similar experience.  I live in a village and at a certain point on my route I turn off the main road and am faced with fields and a mass of trees in the distance.  Among those trees sits a peaceful water tower.  It's been there for years and you can just make out the top of it between the leafy layers.

However, on this one particular day the setting sun was quite strong and coming in from roughly behind me.  This transformed the landscape in front of me and suddenly I was faced with a castle peeking from the tree lines.  I almost stopped the car and to stare in amazement.  When did this castle appear?  And only half a mile away from my house?

It was the way the sun was shining on it, casting shadows and completely changing the way the water tower looked from a distance - or rather the way I perceived it in a quick glance.  It was all a trick of the light.  But it amazes me how a little bit of light can transform this... 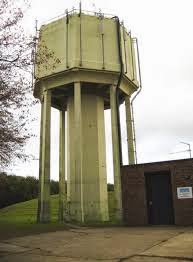 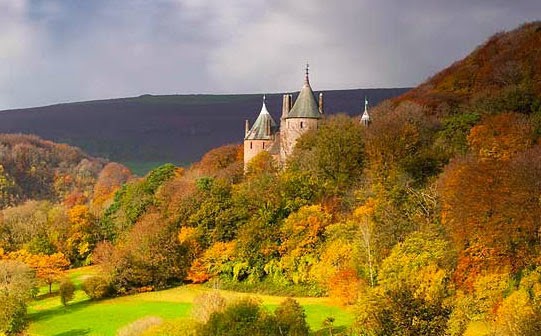