Something a little different today. I thought I'd go with the topic of Assassins this week, to help inspiration for a new short story of mine. This brought Assassin's Creed to my attention. Wow!
Assassin's Creed is a game and normally I'm not a gaming person, but if I was, Assassin's Creed would be the thing I'd go for. I don't know much about it, but from what I've seen in adverts, it looks pretty awesome.
This got me thinking. I imagine that creating a computer game is much like creating a novel - without all the techno jargon that goes with it. You have to build your world and make it real; you have to create characters; you have to give it a story, a reason, and you have to 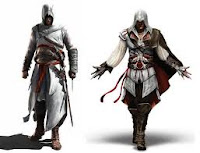 put obstacles in their way to make things interesting.
Visually, the main character - the assassin - is stunning. Unfortunately I don't know a lot about the game to comment on anything else, but what a character he'd make in a work of fiction. And I have to say, I'd rather read about him as opposed to the Super Mario Brothers. 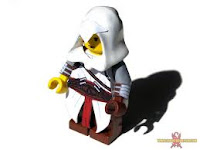 (However the choice between the assassin and his Lego version is a different matter...lol).
Anyway, Pic of the Week - Art from Assassin's Creed.
Have a good weekend. 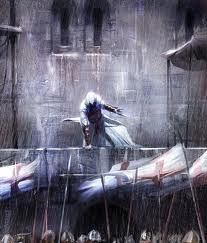