Pic of the Week . . . Schizophrenia

I finished the second part of 'Son of Jack' last night. I didn't think I would, but it was one of those evenings when I kept thinking "Just a little bit more - I'll just finish this bit," and before I knew it - well, at 1am - I finished. 30k. I was more than happy with that.

Normally when writing a novel, I plan my characters out so that I know more about them, thus being able to portray them better and keeping up with continuity. For 'Son of Jack' I haven't had the time to do that. Because I'm on a tight schedule to get the book finished, I've just jumped in the deep end. I hadn't done any prep work for my character Dan Pattman, bu 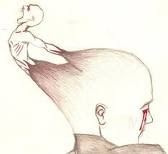 Now, I'm ashamed to say that I don't know lots about Schizophrenia, and even as I started writing, the disorder never even entered my head. It wasn't until about a week ago whilst looking something up that I come across a website that highlighted the symptoms. It was then that I realised Dan was an undiagnosed schizophrenic. It was a huge surprise to me, and as I looked back at certain points in the story, things started to make sense.

Having put myself in the mind of such a person, I am now more the wiser of what they go through - okay, it may not be much, but I have a better understanding. So today I thought I'd dedicate this week's Pic of the Week to schizophrenia in hopes of creating more awareness. 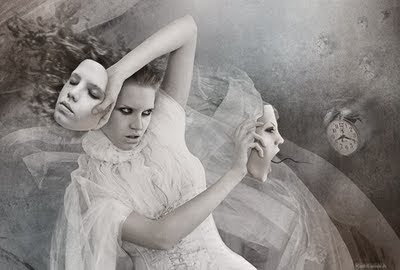