Sentence Structure: Knowing When To Stop . . .

One of my biggest problems when writing back in the days of yore (god, I'm feeling old just by saying that) was my sentence structure. As they say, I could have waffled on until the cows come home.
When writing I didn't see the problem. When reading back, I didn't see the problem - but one sentence could last for an entire paragraph. Reading a piece full of long sentences like this can often leave you feeling out of breath, despite reading in your head. You can add as many commas as you like but that just makes for sloppy writing.

Commas are also a dangerous tool and if misused can turn a well needed piece of punctuation into something ugly. Some people opt to try and not use them at all but I like them in moderation. I've dramatically cut down my comma use over the years. They're like a drug, leaving you hungry for more. You just want to put one here and one there followed by another two words later - but there is a cure. It's called the fullstop. This is by far a more powerful writing tool and one that you should yield to.
Classic authors such as Bram Stoker and Jane Austen used such long sentences when they wrote, and even though they're works have gone down in history and aren't likely to be forgotten anytime soon, they make reading hard work because they loved their commas and their words, and the style of writing back then didn't give in that easily to the fullstop, instead replacing it with yet another beloved comma that made just one sentence, a sentence that could have been divided into six beautifully written lines to make reading flow so much smoother, last for an entire page, causing you to turn blue before you reach the end . . . (And BREEEEAAATH....)
Obviously the classic authors failed to have critique buddies. When mine so rightly pointed out how long my sentences were, I cringed. It was like a light had been switched on inside and I was suddenly very much aware. It made an awful read. Some one (I do believe it was Martin Willoughby) then said, merely in conversation, that if your sentence reaches the third line and looks like it's about to flow over to the forth, chances are it's too long. He probably doesn't remember saying this, but for someone who was eager to learn from their error 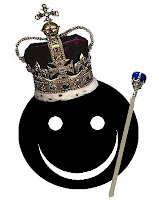 s, it stuck like glue to my creative brain cells.
I always write to this rule now and I don't think I've had anymore problems with the length of my sentences. Occasionally I may get one or two drift over to a forth line, but these are few and far between, and a variety is good. Mix long sentences with short sentences - but yield to the almighty fullstop when you feel your sentence drifting. He is your friend.
This is my two pennies worth . . .
Posted by DRC at 05:53