A friend of mine - the same friend I drew the picture of the X-men for - sent me a text message yesterday, asking if I was familiar with the work by J Scott Campbell. I shrugged at this but was intrigued. Knowing my friend's taste in art and seeing as he said he was currently a favourite artist of his, I had to investigate further.

It was then that I realised I was familiar with his works but not him personally. This opened a whole new door for me.

J Scott Campbell is an American comic artist (no shocker there...lol) and started his carrier working for Wildstorm, DC and eventually Marvel. Looking at his gallery I discovered that not only does he draw the usual comic book heroes, but he also does other stand-alone pieces including as his own takes on Disney characters and fairytale characters such as Little Red Riding Hood and the Princess and the Pea. Some of these, I've been told, can fetch up to $300 a piece.

Seeing as I'm still somewhat taken by the comic art style, I thought I'd share his work for this week's Pic of the Week. But I couldn't decide on just one. Instead I thought I'd indulge and share three. See if you can guess who they are WITHOUT looking at the captions on each piece . . . 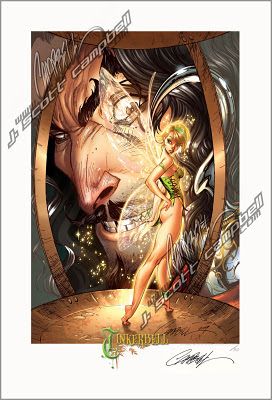 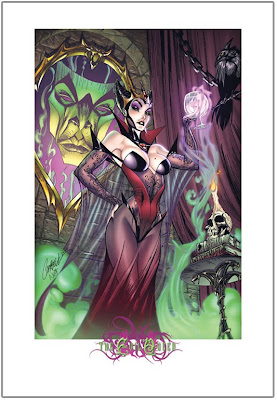 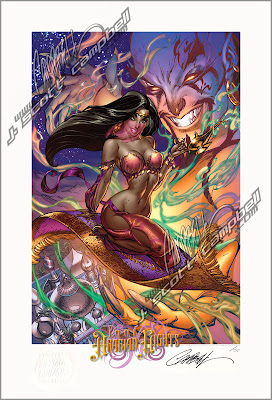