Pic of the Week . . . Frederic St-Arnaud 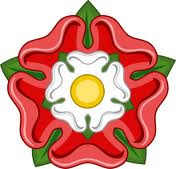 ON THIS DAY 1439, Margaret Of Anjou was born. Margaret of Anjou was wife and Queen Consort to Henry VI, King of England, however, because of his insanity, she often ruled alone.

The history of Margaret of Anjou is not the inspiration for today's Pic of the Week, but her two grandsons are.

Despite the death of Henry VI, often believed to be by the hands of his son, Edward IV, and despite Edward proclaiming himself King, the War of the Roses continued to rage. This was a battle for the throne between the House of York and the House of Lancaster for which Margaret of Anjou played a major role. Edward IV married the commoner, Elizabeth Woodville, and together they had ten children (not including the two grown sons she had from a previous marriage). In 1483, Edward IV died and passed his title to his 12 year old son, Edward V. However, because the boy was too young to rule, his uncle, Richard, Duke of Gloucestershire, became Protector.

During a time when the sovereign was still shaky, Richard soon seized the opportunity to proclaim himself King Richard III. After accusations of witchcraft and of the illegitimacy of her marriage, Elizabeth Woodville sought sanctuary in Westminster Abbey, but not before her two sons, Edward V and his younger brother Richard were taken and locked in the Tower of London.
The War of the Roses raged on and eventually Henry Tudor (Henry VII) together with Margaret of Anjou, won the day, thus starting the Tudor era. He also ended the war by marrying Edward IV's eldest daughter, also called Elizabeth (they were imaginative on names back then), and merging the two Houses of York and Lancaster. (Henry and Elizabeth were the eventual parents of Henry VIII.)

But by the time peace came, it was too late for the two princes in the tower. Elizabeth Woodville tried to have them returned to her but their whereabouts were unknown. To this day no one knows their fate. Some believe that Richard III had them both murdered, smothered in their sleep, thus eliminating any future rivalry for his throne; some believe that the Tudors were responsible in a bid to turn the country against Richard III (Tudor Propaganda); some believe they merely died of ill-health; and some believe they got away, running off to Burgundy (or at least Richard). No one knows what happened to them, but upon restoration work on the Tower of London in 1674, two small skeletons were found under the staircase leading to the chapel. Did they belong to the two princes locked in the tower?

No one knows for sure. It's one of England's greatest and saddest mysteries.

So, moving back to Pic of the Week, I thought 'Towers' would be a good theme. Introducing Frederic St-Arnaud. Out of all the pieces of art I looked at, this one stood out the most. His gallery consists of some fantastic futuristic and fantasy landscapes, as well as concept art - and it's well worth a visit just see this piece enlarged and displayed in full detail. Stunning stuff. 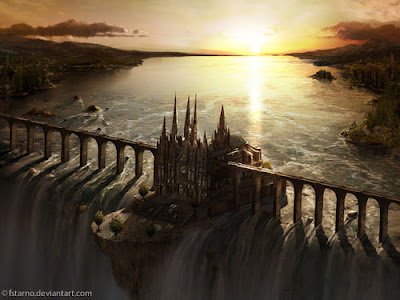 Labels: frederic st-arnaud, pic of the week, the princes in the tower, war of the roses