The dawn of the Vampire is over. Goodbye Twilight and all the vampires you've inspired in the world of fiction. Now is time to greet the Brothers Grimm and all things Fairytale. 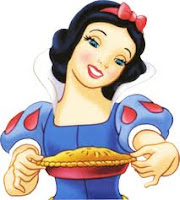 With the movie releases of both 'Mirror Mirror' and 'Snow White and The Huntsmen' so close to each other, and what with the TV series 'Once Upon a Time' having premiered on UK TV screens this weekend, it would seem the world is about to be swept into one big fairytale.

It would be interesting to see how these movies go. Were they intended to be released so close to each other? Are they hoping that each film would play off the other to drum up ratings? Judging from the trailers, Mirror Mirror is intended for the younger audience, and it's humour makes it great for the whole family to enjoy. But Snow White and Huntsmen has a darker side. The same tale of one princess is being told in different ways, and it would be interesting to see which Grimm tale is preferred, the sweet, good-conquers-evil fairytale that we were brought up with, or the darker, twisted take that the Grimm brothers actually intended it to be.

Jacob Grimm and Wilhelm Grimm travelled across Europe back the early 1800's, researching different cultures and their folklore. They gathered many stories and in 1812 their book, Kinder-und Hausmärchen (Children's and Household Tales), was published. But the original tales they discovered were not so child-friendly.

The story of Snow White, when you look at it, consists of an evil step-mother who practised witchcraft, and who was jealous of the beauty and innocence of her step-daughter. In a bid to be rid of her and become the fairest, she ordered a huntsmen to take her into the forest, kill her and 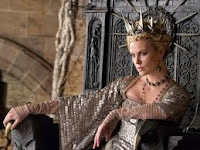 bring back her heart, intending to eat it and consume the beauty that they young girl possessed, but the huntsmen failed her and Snow White went on to seek sanctuary with seven dwarfs. Enraged, the step-mother sought to murder the young girl herself.

So far we have a gory story about envy, greed and murder, and the original version gets better. After surviving numerous murder attempts and finally meeting and marrying her prince charming, Snow White orders a pair of shoes to be made out of red-hot iron and forces the step-mother to wear them and dance until she drops down dead. Now we're adding revenge and torture into the scenario.

Grimm Fairy tales do indeed take after their authors. They are dark, grim and twisted, and many believe they even date back to the medieval ages. They are folklore that was intended to scare children from wandering into the wilderness where they could fall prey to the wilds. They were intended to spread warnings of dangers that inhabited the lands across Europe. But the Grimm Brothers fell in love with them and saw a potential in them that no one else had. They dulled the content, taking out any sexual references and adding Christian elements and turned them into household tales that children all over the world loved.

Then along come Disney.

The Grimm Brothers are responsible for some of the most famous fairy tales out there; The Pied Piper; Little Red Riding Hood; The Princess and the Frog; Sleeping Beauty; Rumpelstiltskin; Rapunzel; Hansel and Gretal - and many more. The instant you read of these

titles, you are reminded of children's tales, tales that you may even remember from when you were young - but their origins come from a much darker corner of the earth.

As a fan of all things dark, I wouldn't mind seeing some of the original tales being brought back to life . . .
Posted by DRC at 11:51