I'm pretty sure Jerad S Marantz has featured before in the Pic of the Week collection, but I'd have to go back through previous posts to find out for sure.

So, without further ado, allow me to (re)introduce this week's artist, Jerad S Marantz.

Jerad is a phenomenal concept designer for the film and games industry. He's worked on games such as Richard Garriot's Tabula Rasa, Guild Wars and Lineage Forever. I don't actually know these games but I'm sure many out there do. However, I DO know some of the films he's worked on, films such as Green Lantern, Sucker Punch, Avatar, Clash of the Titans, Spiderman (2012), Transformers 3, The Burrowers, Apparition, Jonah Hex, The Deaths of Ian Stone, Race to Witch Mountain, Wolverine Origins, XMEN First Class, Twilight: Breaking Dawn, Dragon Ball Evolution, Percy Jackson and the Olympians and I am Legend.

His concept art gave life to some of the creatures that gave these films meaning.

I couldn't decide on a specific piece for today, but I did decide on a film. Despite some of the ravings it got, whether people loved it or hated, I've always been a fan of Clash of the Titans, old and new, and so have gone the ancient Greek route.

See if you can recognise some of these characters... 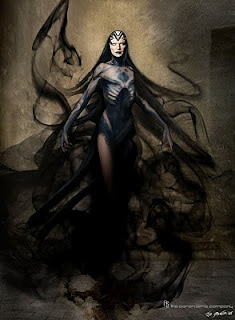 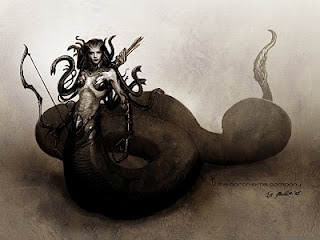 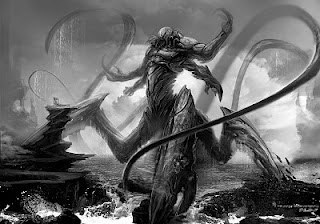