A friend of mine posted a link to an article on Facebook yesterday which did make me laugh. It was all about names and how some unfortunate people were given embarrassing forenames to match their embarrassing surnames.

We all (or rather the people I know anyway) make jokes about names such as Ben Dover or Wayne King (sorry) or even the famous Pussy Galore from James Bond, but did you know these are real names?

It seems many of our ancestors often imposed these humorous names on their offspring. Two hundred years ago there was nothing funny about them, but as society evolved so did language and slang. As the years went by people began to see the horror of what their name sounded like and many changed it. Women often refused to marry to avoid gaining a ridiculous name (Seymour Bust) or vice-versa to rid themselves of one (Kitty Litter), and slowly but surely many names have gone into decline or disappeared altogether.

Even though in real life, having a name like Mike Rotch can make your existence a miserable one, in writing it can be a completely different story. One genre that can use humorous names to its advantage is Comedy. Just by naming one character something like Sue Age can give the story an added sparkle (or not as the character is aptly named) and be a theme for a running joke. However, by using such a name in a Tragedy just won't work. 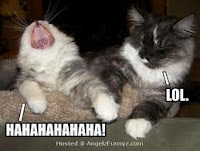 Anyway, I've decided, for those who see the humour in humorous names, to list a few that was listed in this article. I hope they bring a smile to your face like it did with mine. But before you start laughing, crying, reaching for your tissues or falling off your chair and rolling around the floor, give a thought to the poor people who actually had to live with these names (Tssss hssss hsss hssss....)