I know I'm like a year - two years - maybe even three years behind, but hey!  I've just finished watching the first series of 'Heroes' and am now working my way through the others.

I saw a couple of random episodes when the show first hit TV, but you see, I don't watch TV as a rule.  Even though I thoroughly enjoyed watching the episodes I did see, and telling myself that it would be a good show to keep up with, I never did.  I don't pencil in my mental diary times that I need to be sitting in front of the TV so I can catch the next instalment of something.  Usually I'm writing, or drawing - or maybe watching a film (I do love films) but I can't make myself sit down at the same time every week to watch a whole series of something.  Maybe I'm missing out on a lot, but it's how I roll.


Then along came a little thing called Netflix, and BOY am I getting my money's worth, especially when it comes to series like Heroes.  Anyway, for those who remember, there is an artist in the first series who could paint the future.  I was taken by those paintings.  I loved them.  And it turns out that they were all created by the artist, Tim Sale.  He's a comic book artist and I love some of his work.

Here's a quick reminder of some of those paintings from the first and second series: 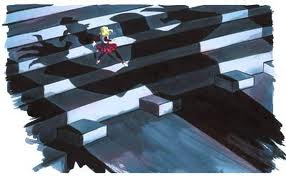 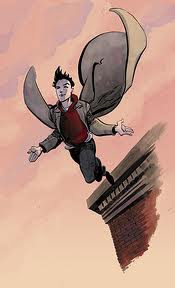 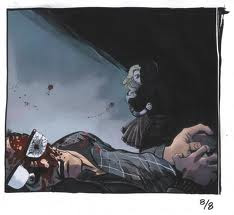 Even though I loved these paintings, there was one in particular that captured my heart, a sketch, and one that I thought deserved to be Pic of the Week. I just love this piece.

Enjoy and have an Heroic weekend :) 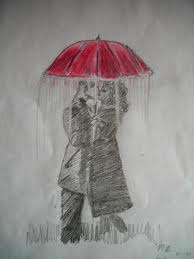