I've been thinking about my current WIP. It's a fantasy series yet not. It's a collection of stand-alone stories that can be read in no particular order, that rarely share same characters (except for the more legendary ones such as Sorcerers who may wander from novel to novel...) but set in one fantastical, mystery rich kingdom. Each story has it's own title and is independent from the last or the next - however, one thing keeps them joined together. One thing makes it a series.

With all the works scattered out there, its the main title that keeps them all under the wing.

I've posted before about 'what makes a series' and even though most people see that a series of books should contain the same characters, this doesn't always have to be the case. Whereas it's great for the likes of Crime Thrillers and detective novels, it doesn't always work with other genres.

Anne Rice is a classic example. Her Vampire Chronicles is a series, yet many of those books are stand-alone with different characters.

Anyway, I'm not liking the main title I have at the moment. I knew it was a working one, but it stuck, and four novels later it still hasn't changed. I'm thinking it's about time I gave it nudge out the door, but I just need some inspiration first so I can replace it.

1: The Dark Tower, by Stephen King (7 books in total, all with individual titles but same characters)

2: The Vampire Chronicles, by Anne Rice

3: Lord of the Rings by Tolkien (with the Fellowship, the Two Towers and The Return of the King)

4: The Demi-Monde by Rod Rees (With Winter, Spring, Summer and Fall) 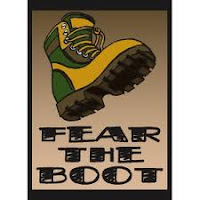 So, throw some inspiration this way so I can finally give my working title the boot. What other series comes to your mind?
Posted by DRC at 06:55